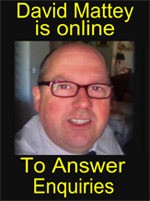 Let me start by inviting those of you with  antique or WW2 swords to contact us for a free valuation/offer . 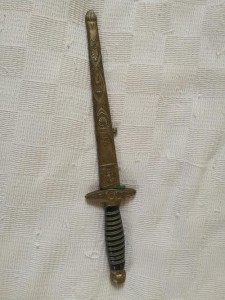 On the 6th April 2008 the Government  introduced an amendment to the Criminal Justice Act 1988 which will see the addition of some Swords to the Offensive Weapons Order list. This is a list of items prohibited for sale, import, trade of transfer within the UK. 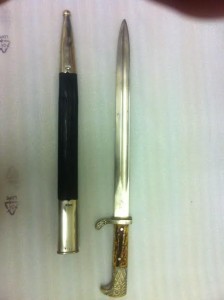 Guide now updated to include details of the 2nd amendment to the CJA 1988 which came into force on the 1st August 2008. 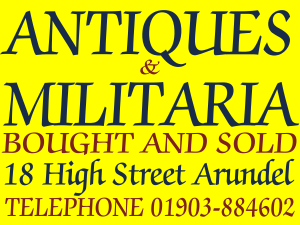 Q: Are all swords now illegal?

A: No. the new legislation only covers some swords with a curved blade over 50cm.

Q: Is it just Samurai Swords that are now banned?

A: No. ANY sword with a curved blade over 50cm is now banned from sale, import, trade or transfer. This includes Persian Talwars, Military Cavalry swords, some Fantasy swords and many other types of sword unless specifically exempted – see below. 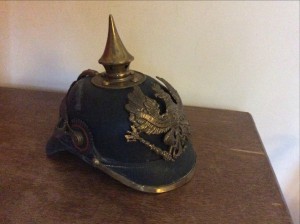 Q: Do I have to surrender my Samurai Sword I have at home?

A: No. Ownership of all swords is perfectly legal so you can keep any sword you have already in your possession. You cannot sell it or give it away.

A: Under UK legislation, no. The law only affects some swords over 50cm so although Katana swords are now banned (unless covered by the list of exemptions), most Wakizashi and Tanto swords have blades under 50cm so are unaffected by this legislation 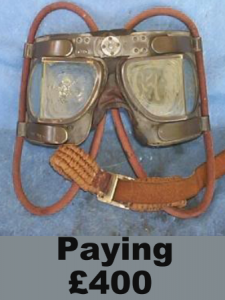 A: No. The new legislation only covers curved bladed swords – straight bladed swords are totally unaffected by this legislation. The Home Office have indicated that there may be an extension of the legislation to cover all swords by October 2008 but as yet this is undecided.

Q: How is the blade length measured?

A: The legislation covers all swords over 50cm. The measurement is to be taken from the tip of the blade to the top of the handle (where the blade meets the handle) in a straight line NOT following the curve of the blade.

Q; Are there any exemptions?

A: Yes. There are several exemptions to the sword ban – These exemptions are:

•Members of a Martial Arts club which hold a Public Liability Certificate.

•Use for authorized Theatrical / film use.

•Samurai Swords made in Japan at any time using the traditional forging technique. 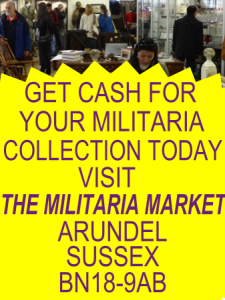 As of 1st August 2008 a 2nd amendment was made to this legislation adding the following exemptions:

•Where only swords made using ‘the traditional technique’ in Japan were exempt, this has now been widened to cover swords made anywhere in the world “according to traditional methods of making swords by hand”

•Also, it is now permitted to import / make / buy a sword for the “purpose only of making the weapon available for the purposes of use in religious ceremonies”.

Q: Can you bequeath a Sword to someone in your will?

A: Yes, you can legally receive a sword covered under this legislation if left to you in a will.

Q: I have a genuine WWII Officers sword – is this exempt from the ban?

A: No – ALL curved blades swords with a blade over 50cm are included in the ban unless covered by the listed exemptions (see above) 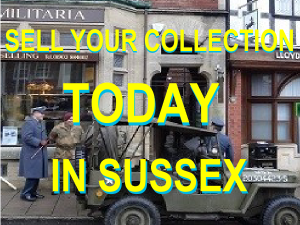 Q: Can I buy a traditionally hand forged sword from China?

A: Yes – Since 1st August 2008 swords made “according to traditional methods of making swords by hand” are now exempt from restriction relating to sale or import.

Q: Can I make myself a new sword for use in my own home?

A: Yes. The manufacture of swords covered under the definition is now permissible under the 2nd amendment which came into force on the 1st August 2008 so long as it is made “according to traditional methods of making swords by hand” 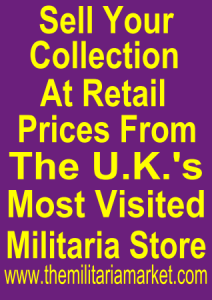 Q: I have a sword which needs a new handle – can I replace the handle?

A: Yes – Manufacturing a new sword is prohibited but repairing / refurbishing an existing sword is allowable so long as it retains it’s original dimensions.

Q: I am a sikh and want a large Talwar for ceremonial purposes – can I buy one?

A: Yes. There is now a specific exemption to this legislation allowing swords to be obtained / manufactured for use in religious ceremonies.

Q: I have a retail shop where I sell swords – can I no longer continue to do so?

A: Retailers and dealers can sell these swords so long as they can prove the swords not exempt from restriction are being sold to eligible buyers (covered by the exemptions) It is for the retailer to confirm the validity of the buyer through checking membership details of an appropriate club or association. Any retailer supplying a sword covered by the ban and not making these checks will be guilty of an offence and liable to prosecution. The exact mechanics of how this is to be done has not yet been confirmed by the Home Office.

Q: What are the penalties for breaking the new law?

A: Anyone convicted of breaking this new legislation will be liable to 6 months imprisonment, a fine not exceeding Level 5 on the standard scale (£5000) or both.

Please note this guide refers only to UK law

Although this guide is compiled from the latest official government information, no liability for loss, inconvenience or disruption to business can be accepted by the author. The Home Office recommends that you seek professional legal advice for specific cases or situations.